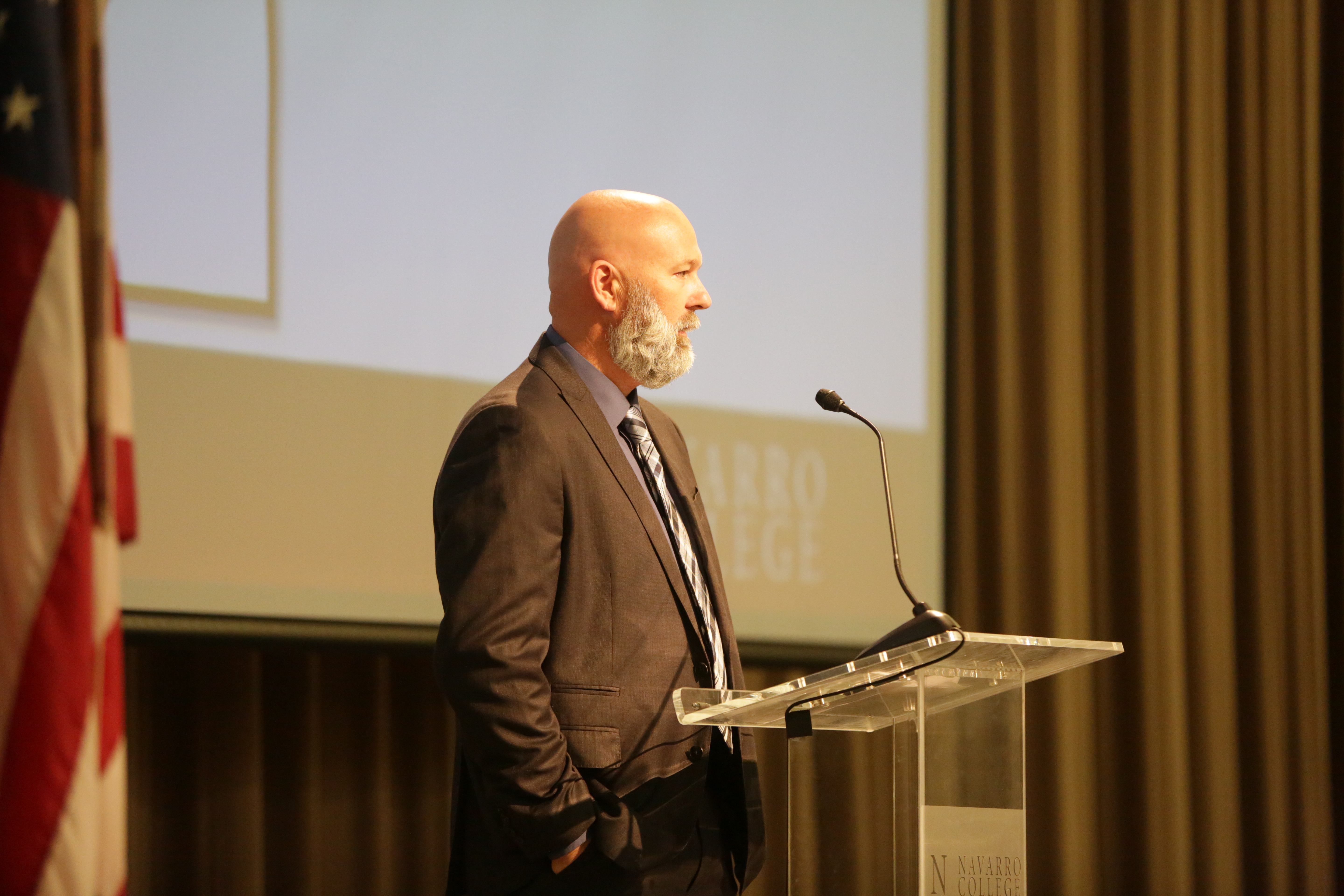 TELL US ABOUT YOU:

“Navarro College has enabled me to come full circle on my path in law enforcement. I remember sitting in the Police Academy under Dan Williams and thinking that one day I’d like to come back and teach here. It is often a surreal feeling when I think about those thoughts and what I am doing today.
I grew up in Corsicana and graduated from CHS in 1988. I attended Ouachita Baptist University in Arkadelphia, Arkansas for one year after high school and then returned to Corsicana to attend Navarro College. During my time at Navarro, I was involved with the Choir Program doing all the technical things like running sound and lights and building sets for productions. After Navarro, I spent some time at East Texas State University and then graduated from Stephen F. Austin State University in December of 1994. I married a former NC Alumni and cheerleader, Shannon Schumacher in December of 1994. After graduation from college, I pursued a career in Youth Ministry. I served as Youth Minister in three churches from 1995 to 2006. Along the way an interest in Law Enforcement developed and in January of 1997, I enrolled in the Basic Peace Officer Course at Navarro College. I graduated in October of 1997. I have worked for the Navarro College Department of Public Safety, Navarro County Sheriff’s Office, Ennis ISD Police Department, and Ennis Police Department. In 2013, while serving the City of Ennis, I was promoted to Patrol Sergeant. I remained in that position until August of 2016 when I took the Police Academy Coordinator position at Navarro College.”
He and his wife, Shannon also participated in this year’s Navarro College Dancing For Our Stars fundraiser. They recently celebrated their 25th wedding anniversary and have three beautiful girls: Abby 20, Kenna 15, and Brooklyn 14. He is passionate about his faith, family, and education.
One of his current students said: “I want to really thank Alan Eddins and the other instructors for all their hard work and adapting during this time, we appreciate how you modified our learning to make sure we were able to succeed.”

“All that is needed for the triumph of evil, is for good men to do nothing.” Edmond Burke

Submit a story: Know of a student story you’d like to see featured here? Send an email to marketing@navarrocollege.edu and tell us all about it!