Posted at 11:44h in News by NavarroNews 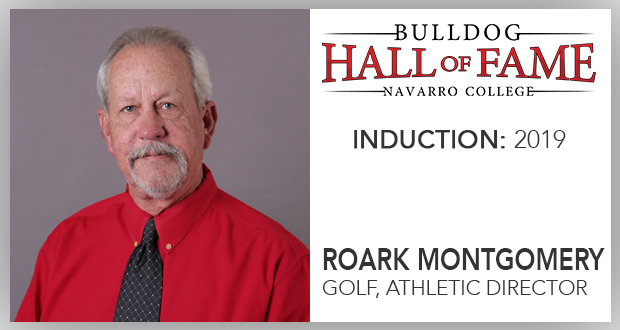 Montgomery served Navarro College for 30 years – first, as golf coach whose teams placed among the NJCAA Top 10 six times, and the final 24 years entrusted with athletics administration. On his watch, all of Navarro’s athletic programs flourished, captured multiple conference titles and experienced their highest levels of success on the national level. Montgomery also served as Region XIV Men’s Athletic Director, head of the NJCAA Football Committee, and served on other NJCAA Division I baseball, golf and tennis committees in other capacities.

Montgomery passed in 2018 after a battle with cancer.