Posted at 10:09h in News by NavarroNews 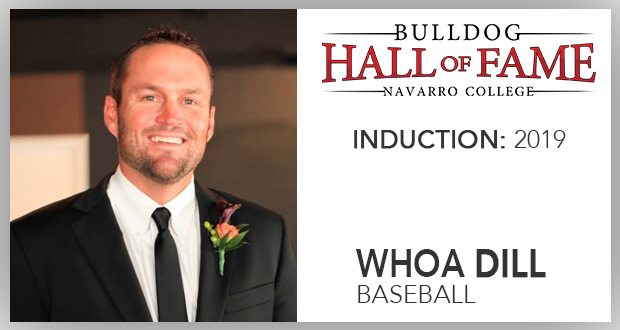 During the eight seasons between 2007 to 2014, Dill directed Bulldog baseball to four conference championships and two JUCO World Series appearances, including the 2011 NJCAA Championship.

Dill’s 307-157 career coaching record includes the three highest single-season win totals in school history (47 in 2008, 46 in 2011 and 44 in 2013). In 2012 Dill was honored with the NJCAA Coach of the Year award. Dill is still teaching and coaching kids the proper way to play baseball at his baseball academy.

Dill and fellow inductees will be honored at an induction ceremony at noon, Saturday, Sept. 28 at the Cook Education Center. Tickets for the event are $15 per seat and may be purchased at athletics.navarrocollege.edu under the Inside Athletics tab.