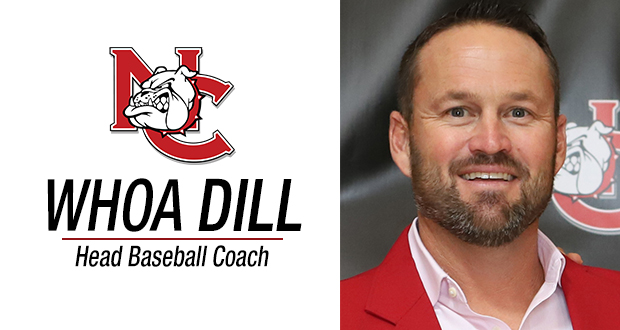 “We are excited to have Whoa return to Navarro College and lead our baseball program,” said Athletic Director Michael Landers.  “He has a proven track record of success and he has a vision and a plan for Navarro Baseball and our student-athletes.  His energy and enthusiasm will be a positive addition to not only our baseball program, but to the College and the Corsicana community. “

Dill, a two-year starting pitcher for Navarro, returned as an assistant coach here at age 24, and succeeded Skip Johnson as head coach in 2007.  Dill directed Bulldog baseball to four conference championships and two JUCO World Series appearances -- including the 2011 NJCAA National Championship -- during eight seasons (2007-2014). Dill’s 307-157 career coaching record includes the three highest single season win totals in school history (47 in 2008, 46 in 2011 and 44 in 2013).  His players enjoyed great individual success as well with over 40 All-Conference selections, 6 NJCAA All-Americans and 5 players that played on MLB rosters.

Dill will be taking over for Matt Podjenski who will be retiring at the conclusion of the 2021 spring season.