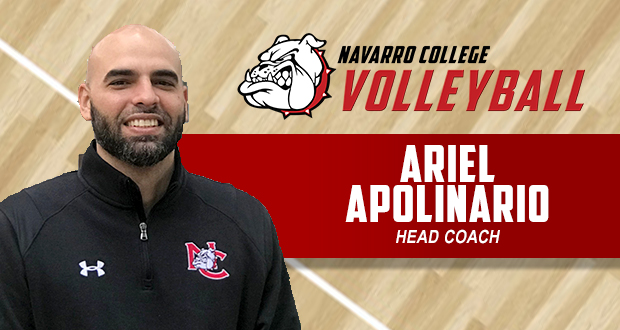 “We are excited to welcome Ariel to the Bulldog Nation to lead our volleyball program. His coaching background, ability to connect with young people and recruiting connections made him a perfect fit to be our next head coach,” Landers said. “Ariel understands the expectations for our program and will enable us to continue that success on and off the court.”

At Rice University, Apolinario assisted as offensive coordinator and worked specifically with outside and right-side hitters. During that time, the Owls went 41-21, advanced to one C-USA Tournament Final, and to one National Invitational Tournament.

Two years earlier at Ohio University, Apolinario was a defensive coordinator, with focus on setters and middle blockers. The Bobcats went 48-14, including a pair of Mid-American Conference (MAC) East regular-season and conference tournament championships, plus a berth in the 2015 NCAA Tournament.

Apolinario also played two NAIA seasons at Newman University before its volleyball program was discontinued. He transferred to NCAA Division II member King University where he became a two-time, all-conference player and was recognized in 2010 as the school’s ‘Male Athlete of The Year’. He graduated from King with a degree in Spanish and a minor in coaching.