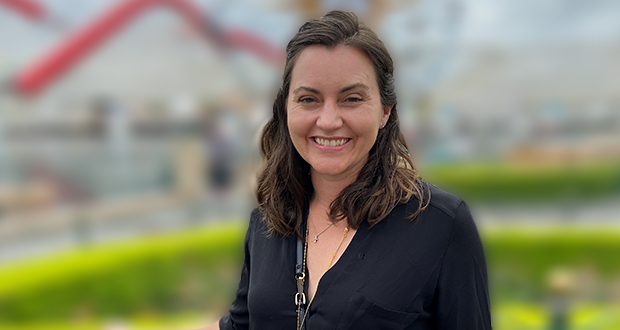 A native of Texas, she was raised in the small town of Graham. Before coming to UCF Wesley, she served as Pastor for Women’s Ministry at White’s Chapel United Methodist Church, Southlake, Texas. Other ministry roles include serving as an associate pastor in youth ministry, evangelism and pastoral care in other churches in the Central Texas Conference of the United Methodist Church.

She graduated with a bachelor's degree from Texas A&M University in 1999, completed her Masters of Theological Studies degree in 2001, and her Doctorate of Ministry degree in May 2018 from Perkins School of Theology/SMU (Dallas, TX). She is an ordained Deacon in The United Methodist Church and is also a Spiritual Director. Meredith, her husband Rev. Dr. Steven Bell, and their two daughters currently reside in Corsicana, TX.

What makes you most excited about this year?

Even in the midst of all that we are living through, I am excited (and proud) of the way that NC has met the challenges and persevered in every area. I am excited to see how our current challenges make us a stronger college. For example, the Bulldog Life program has been reaching out to our students since April to offer assistance with technology, utility bills, food insecurities and housing insecurities. We are working through the challenges and caring for our students in new and creative ways. It is a beautiful example of compassionate hearts, good teamwork and leadership.

Navarro College is a bright spot for some many people and our students are AMAZING! It seems that everyone has a warm spot in their heart for Navarro College. They also have personal stories about how it influenced their lives. These stories of transformation in a caring community is what makes it special. Every story matters! 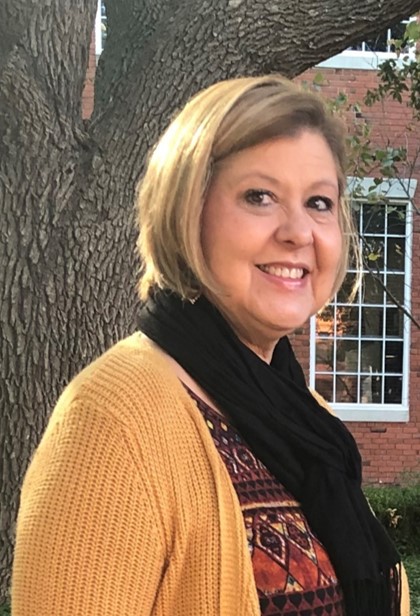 Navarro College is proud to welcome Debbie Richardson to the Bulldog Life team.   Debbie is the Culture of Caring Director.  She works with students to assist them with their needs and to remove barriers that prevent them from achieving their goals!

Debbie Richardson was born and raised in the small Texas panhandle town of Canyon. She earned her Bachelor of Arts in Social Work from West Texas State University. After graduation, Debbie became a Juvenile Probation Officer in Tyler, TX where she was eventually promoted to Deputy Director. After 12 years at Juvenile Probation, Debbie became a stay at home mother to her three daughters. When her husband obtained employment in Corsicana, Debbie worked part time as Director of Camp of the Rising Sun and then Camp Fire, Inc. Once all the girls were in school, Debbie became a case manager for a private, Christian foster care and adoption agency. During this time, she earned her Master of Social Work degree from Texas A&M-Commerce and also obtained her LMSW. She then went to work for Lakes Regional MHMR with people who have Intellectual and Developmental Disabilities. Most recently, Debbie worked with and advocated for the elderly in a nursing facility.

Debbie has been married 33 years to Brad Richardson, Associate Professor of Criminal Justice at Navarro College. They have three daughters who have all worked at Navarro College at one time or another. They also have six grandchildren and one on the way! Most of the time spent outside of work is with family. Debbie also enjoys working in the yard, walking and reading.

Debbie states that It has been a blessing to have work that is both fulfilling and rewarding. This position as Culture of Caring Coordinator is a calling for her as previous jobs have been. She believes in empowering individuals to create their own success by providing a support network that is readily accessible. Debbie has found in her short time here that staff and faculty are committed to this as well and she looks forward to working with everyone to nurture and grow the culture of caring that is already alive and well at this campus.