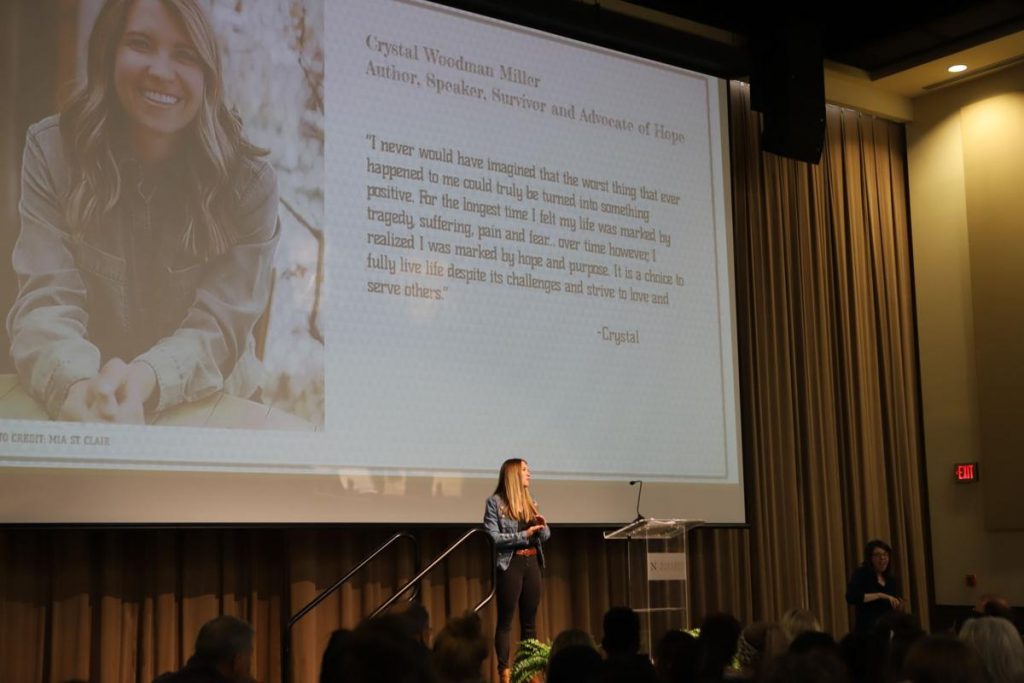 Navarro College hosted Crystal Miller, a Columbine shooting survivor, Wednesday at the Cook Center. She urged attendees to embrace and appreciate hope, during her talk on the Corsicana campus.

“If I could have known what was to happen at Columbine that day I would’ve avoided it all together,” Miller said. “But by doing so I would have missed the ways that it has shaped and changed me over the years.”

The 36-year-old author and speaker told attendees, which included students from Corsicana Independent School District, that life defining moments present a choice about how someone responds to challenges.

Miller encouraged everyone to live from a place of hope, and to live a life for others.

“Hope shines brighter and more vibrantly against a backdrop of a life that is charred, broken or scarred,” she said.

Faye Davis with Navarro College Director of Student Life said she loved the message of hope.

“I hope our students learn to overcome everything they’ve been through and push forward.”

Davis said it was important to bring Crystal out to share her story.

Miller recounted the events of April 20, 1999, when two Columbine students killed 13 people, injuring 24, before killing themselves. Miller was in the library when the shooting began, the scene of the greatest number of casualties. She hid under a table with two friends.

“Our table was the only table in that entire room where someone wasn’t injured or killed.”

Miller said she accepted that she was going to die, praying, and recalling family and friends.

Miller escaped the library by climbing out a second story window with her friends. Though safe, she realized her life would never again be the same.

Miller told the crowd that she suffered with survivor’s guilt, feeling badly that she had the opportunity to carry on when so many didn’t.

“Hope has the ability to redefine the future.”