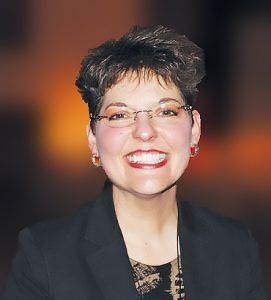 Dr. Shellie O’Neal has enjoyed an active career in educational theatre, and she has worked in that realm as an actor, technical director, designer, and playwright. She began her teaching career at the University of Texas at Tyler and has now served for 19 years as the Chair of Theatre at Navarro College in Corsicana, Texas, where she has directed over 70 productions. She wrote her first play in order to maximize the theatre department’s budget, and she became fascinated with the playwriting process. She has now written 25 plays including comedies, historical dramas, musicals, religious pageants, and children’s plays.  Two of her plays have won TETA (Texas Educational Theatre Association) state playwriting awards. Her plays have been performed for elementary schools, high schools, private schools, community colleges, universities, churches, community theaters, community service organizations, and nursing homes.

O’Neal has also written three one-woman shows. She has given 150 performances of This is My Story, This is My Song: An Evening with Fanny Crosby throughout Texas and in locations in NYC, Arizona, Maryland, Colorado, Washington D.C., and Italy. O’Neal has performed her second one-woman play, The Ministry of Angels, 50 times and she opened her third one-woman show, God Bless America: a WWII Radio Hour in the summer of 2019.

In August 2019, Dr. O’Neal’s play, 911 Gnomes: A Christmas Emergency was chosen as one of the 20 plays worldwide to be performed at the RAVE Theater Festival in New York City. Nine Navarro College Theatre students and alumni gave five performances of 911 Gnomes in an off-broadway theatre, the La Tea Theatre, in the Clement Cultural Center on New York City’s Lower East Side. The RAVE Theater Festival was produced by Broadway producer Ken Davenport.

O’Neal holds several degrees in Theatre: A.A. from Panola College, B.A. & M.A. from the University of Texas at Tyler, and a PhD from Louisiana State University. She was named Professor of the Year by her colleagues and students at Navarro College in 2012. O’Neal is a current member of the Dramatists Guild. She also enjoys serving in the choir and as the Senior Warden of St. John’s Church in Corsicana.